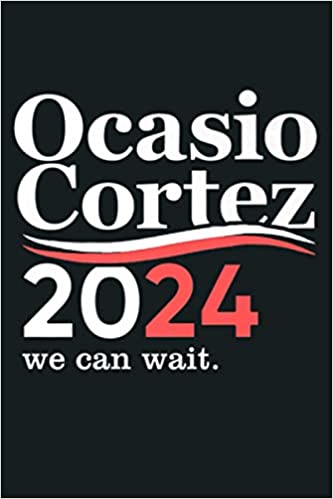 Do not say you were not warned.Dick Morris who helped engineer Bill Clinton’s two presidential wins (and who stayed out of Hillary’s two misses) has some bad news.

“She’ll turn 35, the age specified in the Constitution to be president, three months before she would take office in 2024. Happy birthday. And the politics of that year are folding in such a way that I believe there’s a real chance that AOC will run and could even be nominated.

“The Democrats are desperate, and they want to dump Biden, who will be 81 in ’24.

“They’re losing the Hispanic vote more each day. The latest polls have Trump beating Biden among Latinos — actually winning Latinos. So, the Democrats, in desperation, may turn to a young, female, charismatic Latina like AOC. Thank God I don’t think she can be elected. I think Trump will beat her to a pulp. But don’t count AOC out. She could well be the Democratic nominee.”

Replacing the old with the new is not new.

Hindenburg was 86 when he died and the German chancellorship went to a 44-year-old man who was roughly half his age.

While I await David Brooks to render his verdict on the presidentialness of the crease of her pant (singular; it is always prep-boy singular) she is playing coy about the possibility.

The Independent reported last month, “Alexandria Ocasio-Cortez dodged questions concerning if she’ll mount a presidential campaign in 2024 as reporting reveals President Joe Biden’s growing frustration at Democrats’ lack of deference as he asserts he will run for reelection in 2024.

“Concerns are growing about the 79-year-old’s age and low approval ratings amid record-high inflation and spiking gas prices.”

Stephen Colbert, the voice of Woke Corporationists, tossed her a softball question about running.

AOC said, “Listen, I think that we need to focus on keeping a democracy for anybody to be president in the next couple of years. And that’s my central focus is helping the people of this country right now.”

Keeping a democracy means protecting the deep state at all costs.

For all her BS about a green new deal and being a revolutionary, AOC is a conformist who has proved herself to be reliably supportive of the bureaucracy. The money men are taking note. She is a marketable commodity whose detractors so far are very clumsy, which makes her a sympathetic character.

AOC would satisfy the Bernie Bros while giving TERF feminists a new generation to pass the torch to. She will receive a big boost if Hispanics abandon the party in November because Democrats truly believe a New York Hispanic will appeal to a Tejano trying to deal with open borders.