Classic tale of the Grasshopper and the Ant 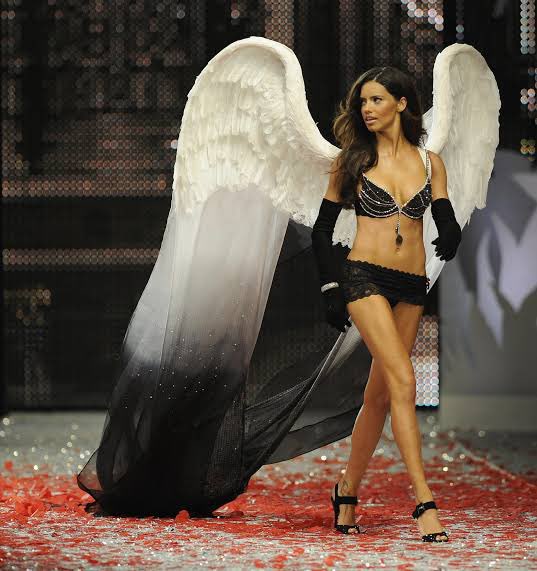 The Real Deal reported, “Supermodel Adriana Lima shed her waterfront Indian Creek estate for $40 million, more than a decade after acquiring the home for just $9 million.”She’s 40. She bought the four-bedroom, four-bathroom home in 2009 at a recession-driven 30% discount

As with all real estate, what matters is location, location, location. The mansion is on a private 300-acre island with its own golf course in Miami’s Biscayne Bay. It is also called America’s Billionaire Bunker.

The story said, “The island, north of Miami Beach, has long attracted the ultra wealthy.

The kicker is the buyer likely will demolish the mansion and build a bigger one on the two-acre lot.

I bring this up not because of the Rule 5 clickbait picture, but because it shows the other side of the life of models and female actresses.

Actresses like Alyssa Milano and Rose McGowan (who were co-star witches on the TV series Charmed) whine about how they cannot get jobs because they are over-40 actresses. That’s the way it works. She had fame for 20 years. That’s plenty. Next!

Actors face an age discrimination as well. Hollywood does not want young men. Harrison Ford was 35 when he broke through in Star Wars. Clint Eastwood was 34 when he started making spaghetti westerns.

The difference between Milano and Lima is that the latter accepted the reality of the ticking clock when she was in her 20s. That mansion was a good investment that more than quadrupled in price in 13 years.

As Marilyn Monroe sang (when she was in her 20s):Men grow cold
As girls grow old
And we all lose our charms in the endBut square-cut or pear-shaped
These rocks don’t loose their shape
Diamonds are a girl’s best friend

Diamonds may have been a girl’s best friend 70 years ago, but real estate is now.

Politics poison the well, as Milano found out. While she was out parading around Washington in a pink pussyhat and blaming Trump for her woes, Lima was modeling underwear and preparing for her retirement.

It is the classic tale of the Grasshopper and the Ant, or as I call it, the Liberal and the Conservative.