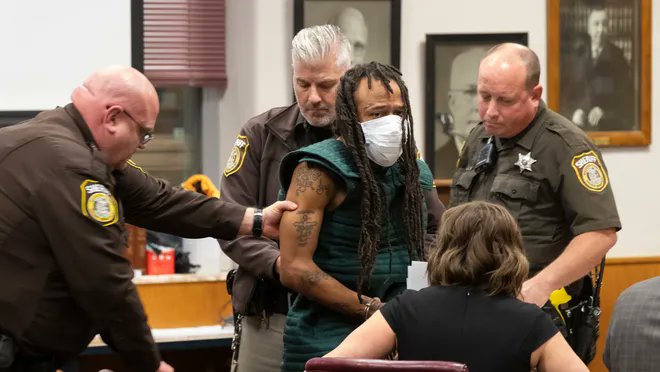 In June, Gallup did not ask voters if crime was an important issue to them. In fact, in the five previous midterm elections going back to 2002, Gallup had never listed crime among the issues it asked voters about.

Last month, it added crime to its list.Crime broke in at No. 3 on the list.

40% said crime was extremely important, right behind inflation at 49% and abortion at 42%.

Women are more concerned about crime then men are.

Gallup said, “whatever advantage Democrats reap from the abortion issue could be offset by crime which is important to a similar proportion of voters. Also, earlier this year, it looked like gun control could be another issue in Democrats’ quiver, but intensity on that issue has abated, perhaps related to higher public concern about crime.”

When crime goes up, calls for gun control go down because God made men free; Sam Colt made them equal.

In Pennsylvania, not only did John Fetterman succeed in the release of two brothers from lifetime sentences for murder, he put them on his campaign payroll.

Democrats have begun to notice crime doesn’t pay for them. David Weigel, formerly of the Washington Post and now with Semafor, went to Wisconsin to defuse the situation. I think he detonated it.

Weigel wrote, “The trial of Darrell Brooks, a felon accused of killing five people by driving a red Ford Escape into Waukesha’s 2021 Christmas parade, began two weeks ago. The Republican campaign to make Democrats answer for that crime started long before that.”

The jury convicted Brooks on all counts.

Weigel wrote, “Sen. Ron Johnson called the parade killings ‘the reality of what Democratic governance means.’ Ads from the National Republican Senatorial Committee show the SUV plowing through the parade, and warn that Johnson’s opponent, Lt. Gov. Mandela Barnes, ‘still wants to end cash bail.’ Tim Michels, the GOP’s nominee for governor, pledged to fire prosecutors who ‘let these bad guys out on the street,’ while picking up an endorsement from Waukesha’s police chiefs.

“In Wisconsin, and across the country, Democratic candidates have abandoned the police reform rhetoric of 2020. They’ve promised to increase law enforcement funding, and pointed out that the 2021 American Rescue Plan did just that.”

He left out a key point which drives voters worried about crime to Republicans.

The Milwaukee Journal-Sentinel said on December 1, 2021, “Darrell Brooks Jr. should have been in jail the night of Waukesha’s parade. Chisholm and the court need to explain why he was out on bail.”

That was its editorial position. When a big city newspaper takes a strong position like that, something has changed.

Chisolm is Democrat Milwaukee County District Attorney John Chisholm. He is responsible for the low bond. Free on bond, Brooks left Milwaukee and drove to Waukesha to kill.

Weigel ignored that because his readers in Washington do not want to read that. They want to read how unfair and dishonest Republicans are.

Barnes served up what Weigel sought.

Weigel reported, “‘You can’t spend time just responding to bad faith attacks from Republicans, because that’s all they want to do, create more distractions,’ Barnes said in an interview after a campaign stop at a Madison diner. He declined to say whether the ads’ focus was racist, a common liberal complaint, suggesting that Republicans ‘probably feel like they found a good foil.'”

Barnes did not bring up race because the murderer is black and his victims were white. It was a racist mass murder.

After making the case that Democrats increased police funding, after saying defund the police, Weigel wrote, “National Democrats have fretted since the summer about Barnes, whose advocacy for cashless bail and criticism of police shootings has scripted ad after Republican ad. Polling conducted for the Center for American Progress, which was shared with Democratic campaigns, found that candidates needed to neutralize the crime attack early, and emphasize that they wanted to take guns off the streets – a trickier issue for Republicans.

“All of this has set the stage for the constant messaging about Kenosha and Waukesha, which Sarah Harrison, a 45-year old Democrat running for state assembly in a GOP-leaning district, was sick of hearing. She has a child who marched in the deadly 2021 Christmas parade.”

She said, “It gives me a terrible feeling in the pit of my stomach. I wish people would stop using it.”

I am pretty sure other parents who are not Democrat office seekers might disagree.