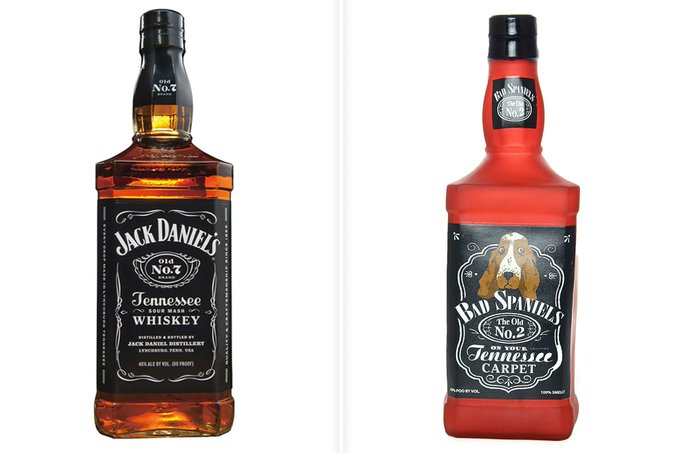 The thin-skinned sour pusses who make Jack Daniels are fighting a maker of chew toys for dogs for daring to do a parody of the distiller’s iconic bottle.I don’t know what ticks me off about this case more: Corporate America running roughshod over the First Amendment or the lack of humor among the people who support the whiskey case.

None of the lawyers or the judges who sided with Jack Daniels ever read Mad magazine.

I fear the distiller may have paid off the judges because the headlines this week said “Supreme Court takes Jack Daniel’s case.”

Bad jokes aside, this is a threat to freedom because if the justices side with the jackasses at Jack Daniels, no joke is safe. America will be about as fun as Pyongyang after one of the Kim dictators dies.

CBS reported, “The Supreme Court said Monday it will hear a dispute over a dog toy that got whiskey maker Jack Daniel’s barking mad.

“The company that makes Jack Daniel’s had filed a lawsuit over a squeaking dog toy that parodies the whiskey’s signature bottle, and had asked the justices to hear its case against the manufacturer of the plastic Bad Spaniels toy.

“A number of major companies from the makers of Campbell Soup to outdoor brand Patagonia and jeans maker Levi Strauss have urged the justices to take what they say is an important case for trademark law.

“The case won’t be argued until early 2023, with a decision expected before the court leaves for its summer recess.”

The toy’s name is silly. Most such parodies are.

Oh, the world would still exist without Crapbell’s Cream of Sodium soup.

But who would want to live in such a place?

And we could survive without Mountain Goo.

But it would not be the same. 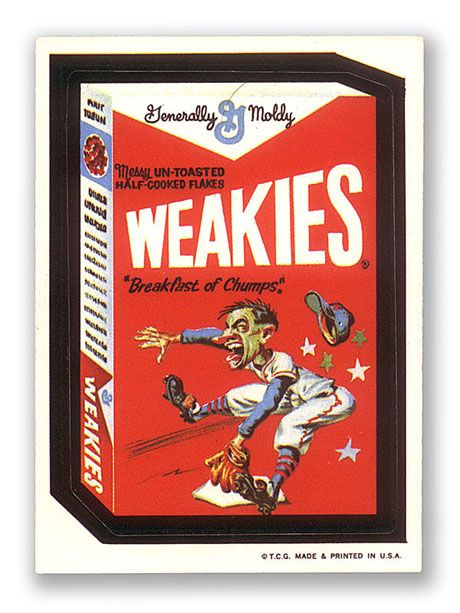 But free speech is not optional. It is essential. The right to mock one another is non-negotiable. Free speech isn’t limited to telling the government to pound sand (or salt, if you prefer).

In a land of the free and the home of the brave, you can call NASCAR boring with a mockup of its logo.

The question before the court is whether we are such a place anymore.

Maybe we have failed as parents by not teaching our children a little humility and self-deprecating humor.

Maybe we should make Mad magazine required reading in school.

I hope the majority decision goes to Clarence Thomas.

I hope he signs it Alfred E. Neuman.