Ike warned us about government science 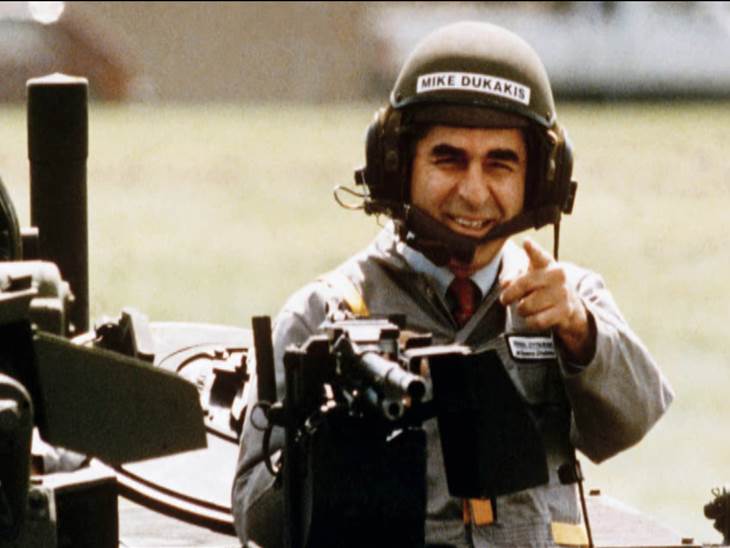 Mike Dukakis was the first technocrat nominated for the presidency. His lack of empathy did him in.

Bernard Shaw began the questioning in the 2nd presidential debate.SHAW: “By agreement between the candidates, the first question goes to Gov. Dukakis. You have two minutes to respond. Governor, if Kitty Dukakis were raped and murdered, would you favor an irrevocable death penalty for the killer?

The question was prompted by his giving a weekend pass to a cold-blooded murderer who instead of being executed was handed a life sentence without the possibility of parole.

His name was Willie Horton. He was black and his gang robbed Joseph Fournier, a white 17-year-old gas station attendant. After he handed over the register’s cash, they stabbed him 16 times. Then they left him upside down in a garbage can. He died a slow and painful death.

Against the wishes of the legislature, Dukakis gave this unexecuted Horton a weekend pass from prison.

He escaped to Maryland where he twice raped a woman after pistol-whipping, knifing, binding, and gagging her fiancé. He then stole the car belonging to the man he had assaulted.

The Maryland judge sentenced him to 85 years in prison and refused to extradite him to Massachusetts for fear of another furlough by a cold-hearted and ruthless governor who was so damned sure of this theories and logic that he refused to apologize.

A year later, Democrats nominated him over men with hearts.

They learned their lesson and nominated Bill Clinton in 1992. He had his faults but he had something Dukakis — and later Obama and Biden — lacked. Empathy.

But Obama and Biden knew enough to fake empathy.

As president, Obama began every discussion by declaring the debate is over. Only his answer on health care mattered. Alternatives could never be considered.

Follow the science the liberals say, and by science they mean the socialist answer to the question. Indeed, when it comes to global warming, they ask a socialist question because they have manufactured a crisis. There is no proof that the Earth is heating up. Yes, asphalt and concrete have made big cities a little warmer but your automobile and your refrigerator have not. Besides, cities are a very small fraction of the Earth. Antarctica is not going to melt in 10,000 years

We now find ourselves in a predicament whereby the technocrats run things. Follow the science? It is government science. It shares in common a lot with government cheese. Both stink.

The past two years of pandemic panic were predictable. President Eisenhower warned us that something like this could happen because the government was taking over science.

In his farewell address, Ike said, “Today, the solitary inventor, tinkering in his shop, has been over shadowed by task forces of scientists in laboratories and testing fields. In the same fashion, the free university, historically the fountainhead of free ideas and scientific discovery, has experienced a revolution in the conduct of research. Partly because of the huge costs involved, a government contract becomes virtually a substitute for intellectual curiosity. For every old blackboard there are now hundreds of new electronic computers.

“The prospect of domination of the nation’s scholars by Federal employment, project allocations, and the power of money is ever present and is gravely to be regarded.

“Yet, in holding scientific research and discovery in respect, as we should, we must also be alert to the equal and opposite danger that public policy could itself become the captive of a scientific-technological elite.”

We have been captive of a scientific-technological elite. The media sold Fauci as Albert Einstein.

As a people, we may be coming out of our stupor. Alberta, Canada lifted its vaccine passports, and even Democrat governors now are lifting the mask mandates.

The Faucists in government were like Dukakis. They come up with a conclusion instantly (“you know that I’ve opposed the death penalty during all of my life. I don’t see any evidence that it’s a deterrent”) and dismiss any and all arguments to the contrary as misinformation, disinformation and conspiracy theories.

The combination of HCQ and zinc was a game-changer that saved lives in France. The FDA dismissed them out of hand. The Faucists saw only an expensive vaccine as the only way out.

Ivermectin, which worked in India, also was dismissed as unproven. They approved vaccines with only cursory studies.

They dictated cloth masks and 6-foot social distancing which have no scientific basis at all. The virus is smaller than the holes in a cloth mask and a person can cough up to 12 feet and sneeze up to 18 feet.

They used the social media to squelch any dissent. It was very chilling. It was like living a Star Trek episode in which the mad scientists rule the planet.

But as long a shot as prosecution is, I believe we must try it because we need to send a message to the rest of the technocrats.

Dukakis has lived 34 years knowing he blew it by showing no compassion for his wife. These bums lack that introspection.