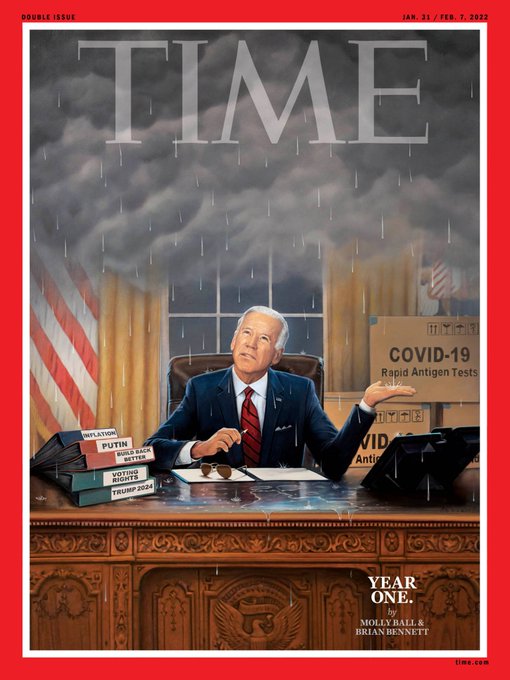 29% said that about Trump 4 years ago.That is remarkable considering the yearlong media battle against President Donald John Trump with the CNN and the other goons foisting the Russian Collusion hoax upon the public.

That’s amazing considering the only thing his supporters expected was for Biden to not be Donald Trump. The rest of us thought Biden would be a disaster. He’s even worse than that!

Now I can sit here all day and tell readers how bad Biden is, and I occasionally do.

But much to my chagrin, my opinion does not matter. The public’s does. But my chagrin falls away when I see the public is dissatisfied with this president in a manner not seen in 90 years, when Hoover was president.

43% disapproved of his handling of the economy in April. Now 60% do.

And yet Obama insisted that Biden get the nomination because Sanders, Buttigieg, or Warren would be a disaster.

No matter how bad Biden is, the rest of the Democrat field would be worse.

That is no excuse and the Democrat Party will be held accountable. Under Biden, Democrats failed to work with Republicans for the betterment of the country except one. That was for passage of a trillion-dollar-plus infrastructure bill.

Democrats wasted 2021 and their slim majority in the House and their tie-breaker majority in the Senate by fighting among themselves. They managed to alienate Sinema and Manchin by demonizing them as racists and *gasp* moderates.

The party’s reward is a presidency that is an albatross around the necks of of their candidates in this year’s congressional races.

The rest of us are saying Let’s Go Brandon.

And now for an opposing point of view.