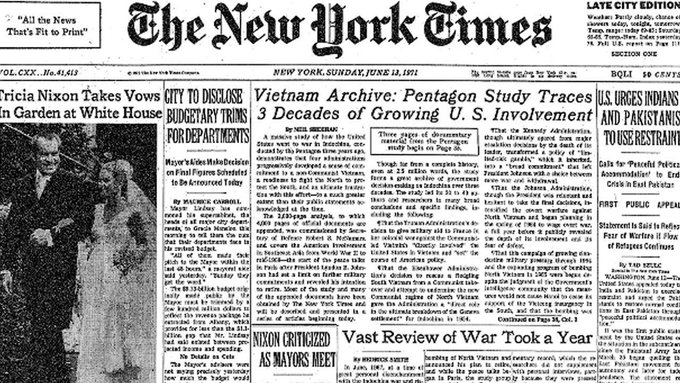 The New York Times is upset that President Donald John Trump took what the FBI claimed without evidence are classified documents to Mar-a-Lago.

Trump said he declassified the documents before sending them to Palm Beach. Under the law, the Constitution and a 2012 Supreme Court ruling, a president can declassify whatever he wants because he is the commander-in-chief of the military.

Nevertheless, NYT sicced its dog on him last Sunday.

Maureen Dowd wrote, “His casual attitude toward classified material is nothing new. The Times’s Mark Mazzetti wrote that ‘officials who gave him classified briefings occasionally withheld some sensitive details from him’ because they saw him as a security risk.

“The lord of Mar-a-Lago assumes that whether he’s in or out of office, all top-secret papers are his, to tweet, wave around, declassify or deploy as political weapons. He didn’t think he would appear as a traitor — the word he used to describe Edward Snowden — when he stashed classified material in his Florida Xanadu, with its approximately 58 bedrooms and 33 bathrooms.”

Mar-a-Lago is a resort. People book rooms there. Hence the bedrooms and bathrooms. It isn’t Trump’s little bungalow by the sea.

But the left’s instant lockstep with the FBI exhibits how Pravda covered Stalin.

The date was Sunday, June 12, 1971, when NYT published the Pentagon Papers in a deliberate attempt to undermine public support of American soldiers in Vietnam.

Daniel Ellsberg leaked the classified assessment of the military’s policy in Asia particularly in containing Red China. He was charged with (but never convicted of) violation of the Espionage Act of 1917 as well as theft and conspiracy. The case was dismissed two years later as his lawyers cited misconduct by the FBI, which included spying on him.

For its efforts in publishing classified material on Page One, NYT won a Pulitzer in 1972. The Times is quite proud of the award.

50 years later, though, it comes to bite them in the buns.