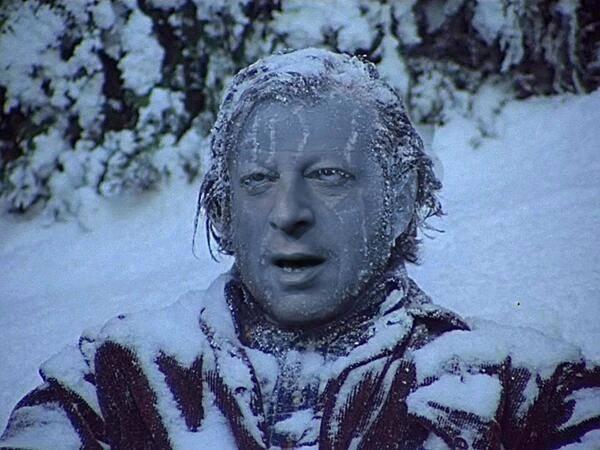 Putin should never have invaded Ukraine. He should have calculated that Biden would do anything he could to protect his Golden Goose as Kyiv has given him millions through the years, no questions asked. The FBI has shielded Biden from prosecution as have the last two Attorneys General, Bill Barr and Merrick Garland.In response to Putin’s invasion, Biden foolishly imposed economic sanctions on Russia.

Sanctions by the West never work. Let us review.

I am not saying lift those sanctions. Far from it. We should not do business with thugs. I would add Red China to the list. But our sanctions won’t end their evil regimes.

And we are doing business with thugs in Russia and Red China to the point where our economy stupidly is dependent upon them. We can wean ourselves from Red China, I suppose, but too many of our politicians are on Chairman Xi’s payroll.

If it makes anyone feel better, Europe is in an even worse position, especially Germany. The EU-ers rely on Russia to keep the lights on. Putin is turning them off.

Putin said, “Will there be any political decisions that contradict the contracts? Yes, we just won’t fulfill them. We will not supply anything at all if it contradicts our interests.

“We would only have one thing left to do: as in the famous Russian fairy tale, we would let the wolf’s tail freeze.”

Welcome to economic sanctions, NATO. Two can play that game and Coldfinger plays it better because he has the better hand.

You do remember the scene from the movie, don’t you?

James Bond: You expect me to lift the economic sanctions.

Coldfinger: No, Mister Bond. I expect you to freeze.

Putin of course is no movie villain. Putin is evil personified. He is a mean, vile and nasty dictator. His regime throws critics out of windows in tall buildings.

Zelensky is a crook who helped Democrats impeach Donald Trump in 2019. He has bilked billions from NATO countries and likely is kicking back millions to the politicians who gave them the keys to their treasuries.

Either by design or through his usual ignorance, Biden through his sanctions gave Putin the upper hand. All the missiles we send him cannot undo the antiwar sentiment that will grow across Europe this winter when socialist governments ban being warm.

The mistake cannot be undone. We are past the point of lifting economic sanctions and going back to normal. Biden’s sanctions have pushed Putin to the east. He does not need the West. Russia and Red China are putting the band together again this time with Brazil on bass and India on the drums.

Trump of course tried to warn Germany about being too reliant on Putin for oil and gas. The Germans laughed. Enjoy the cold, Herr Lipp.

He wrote, “Years of horrible decisions by European leaders have come home to roost, as Europeans now worry about how to heat their homes this winter. Reliance on a geopolitical enemy for much of their energy turned out to be a mistake, as Russia has now shut off gas supplies. Who could have predicted it? Other than anyone with a modicum of common sense? Which Europe’s governing class has lacked for many years.”

He left out the part where Euros embraced the global warming fairy tale and replaced power plants with windmills.

In response to Putin’s savagery, NATO countries are going full Putin to get the people to chill this winter.

Hinderaker wrote, “Up to three years in prison for heating your home above 66.2 degrees Fahrenheit. Where I live, you would have to commit a murder to get three years. To be fair, though, they more likely will just fine you.”

Oh yes, let us not be unfair to the Furnace Gestapo.

He concluded, “while the Europeans foolishly turned something like 40% of their natural gas needs over to the Russians, the Biden administration wants the U.S. to be 80% to 90% reliant on the Red Chinese for our ‘green’ energy. It is possible that, at some point in human history, a government has done something dumber, but I can’t think of an instance. One can only hope that, as the Europeans shiver through the winter, Americans will start to get the energy independence message.”

That is the choice Never Trumpers made.

And freezing this winter is the choice NATO made when it listened to Biden and imposed those ineffective economic sanctions. Instead of bringing down the Russian economy, they brought down their own.