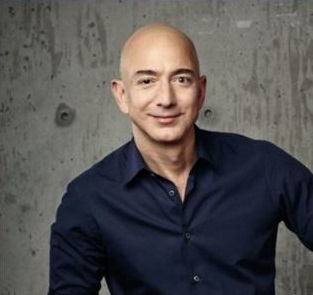 Fittingly, Jeff Bezos looks like Lex Luthor now. In one of the Superman comics, Lex bought the fictional Daily Planet and turned it into a fascist rag. Bezos did not have to change a thing at the real life Washington Post.Conservatives support billionaires because conservatives believe in capitalism, and wealthy people are one of the byproducts of capitalism. Once upon a time, wealthy people were content with their money and the things they bought. Social standing mattered. Maybe they were a tad insufferable, but they believed in and feared God.
They treasured honor more than anything because honor was the one thing money cannot buy.

Two-thirds of the 175 first class male passengers aboard the Titanic chose to go down with the ship. John Jacob Astor IV headed the list. He was 47. His fortune would be worth $2 billion today.

Today’s billionaires would not be caught dead aboard a ship like that or a commercial airplane.

Go down with the ship? Are you a fool? They would pay someone else to take their place.

They treasure power above all. Bill Gates sucks up to Chairman Xi. Warren Buffett and Mark Zuckerberg would do anything for Democrats. George Soros finances the openly socialist wing of that party.

You have to have a certain amount of wealthy afford the luxury of socialism. These men are rich enough to be communists. And dumb enough to do so because while the people at the very top of the pyramid of communism are wealthy, it won’t be them when the time comes.

But they are useful idiots who are helping to wipe out the middle class.

“Since 1991, the top 20% of U.S. income earners have seen their share of national wealth grow by about 10 percentage points. The middle class, meanwhile, has seen its share of real estate, private businesses, and corporate equities declined in the past three decades.”

The rise of Red China followed. That was no coincidence. Bush and the rest of the world condemned Tiananmen Square but rewarded Red China with trade deals. We were told that this would convert Red China to capitalism.

Instead, the biggest winners in capitalism are supporting communism. The middle class with their values of a work ethic and self-reliance are a threat to government control of every aspect of your life.

Why then are we beholden to the billionaires? With one notable exception, they can all go jump in a lake for all I care. They are selling America out.

The one saving grace of this gawdawful century is it is sobering up conservatives. This no longer is Ronald Reagan’s America.

It is Lex Luthor’s.