Running out of October surprises

Running out of October surprises 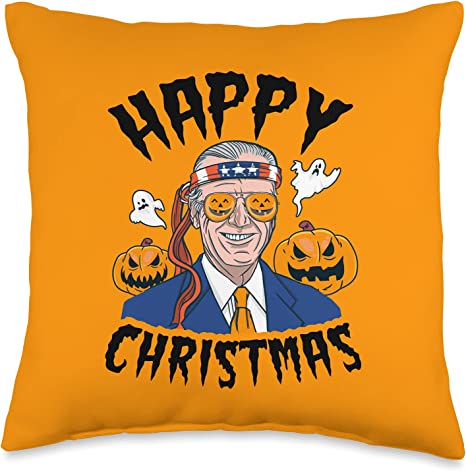 Democrats are due for a spanking because that’s what happens to a president’s party. They lose congressmen and maybe a senator or two in a president’s first midterm. The exceptions were FDR in 1934 due to the Depression and Dubya in 2002 because of the Global War on Terrorism. Clinton’s impeachment helped Democrats gain House seats in his second midterm.But Democrats have it in their heads that they will win even though Biden is braindead and the economy is in the tank. We are in a recession and inflation continues to run amok. Crime is high as Soros-backed prosecutors refuse to bring criminals to justice.

Meanwhile, the FBI is intimidating dissidents.

There really is no reason to keep Congress Democrat. We are worse off today than we were two years ago — and two years ago we were in a pandemic without a vaccine.

Media polls showed a surge of support for Democrats. The narrative was suburban women upset with the turning over of Roe would rise and rebel against Republicans.

The problem with that scenario is grocery prices are sky high. Who do you think does the shopping?

Democrats need to change the subject fast. They need an October Surprise — an event so awesome that it turns the election around.

The presidential debate two days before the 1980 election turned a close election into a rout by Reagan. His momentum was so strong that Republicans gained 12 Senate seats and took control of the Senate for the first time in 26 years.

The Cuban missile crisis in 1962 dashed Republican hopes of taking back the House as they picked up only 4 seats. They lost 4 seats in the Senate, giving Democrats better than a two-thirds majority.

But Biden is not Jack Kennedy or Ronald Reagan. He keeps trying.

The raid on Mar-a-Lago did nothing but annoy voters by reminding them of Russiagate. For Republicans, it was just another lie by Democrats and the media. For Democrats who believed the Russiagate lie, it was one more disappointment in a long string of disappointments. Remember Fitzmas?

His Nazi black-and-scarlet speech at Independence Hall was cuckoo. It failed to rally his people and underscored the uneasy feeling that he wants to change his job title to chancellor.

To his credit, he has forced the corporate media to not mention the recession we are in.

Sabotaging Russia’s pipeline to Germany actually was a gutsy move and maybe a prelude to a remake of the Cuban Missile Crisis. The problem is Biden lacks JFK’s charisma. (Heck he lacks Dukakis’s charisma.) Also this one would be played on Putin’s turf.

Both sides feared the other in 1962. That forced face-saving and a compromise.

On the economic front, Biden is banking on the October 13 consumer price index to show a nice drop. His hope would be that it would obfuscate the release of the GDP report two weeks later, which should show a third consecutive quarter of economic contraction. At some point, the media must admit we are in a recession.

An indictment of Donald Trump likely would backfire because New York attorney general Tish James’s lawsuit against him is not saving the day for Democrats. Oh, Liz Cheney and Mitt Romney would orgasm over an indictment but they are about as Republican as Chuck Schumer is.

The only thing that could save Democrats now is Biden’s resignation and even that is iffy, considering his replacement is Cackling Kamala.