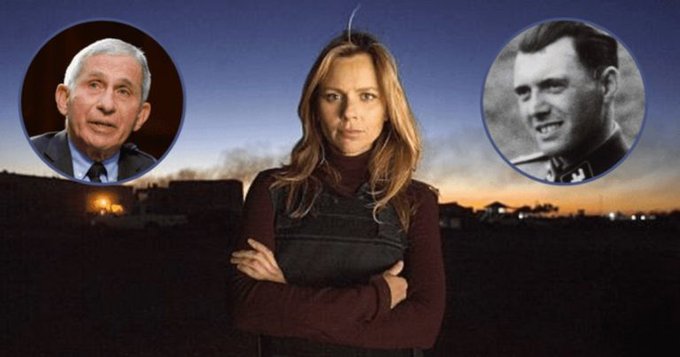 He wrote, “Time to Pull the Plug on Cable News. Cable News reaches a tiny fraction of the country, so why does the rest of the media care so much about the stupid things it says?”

That is an odd headline for a column that complains about the stupid things said on cable news, “How did the cable news networks become our main stage?

“Nary a day goes by without somebody saying something stupid somewhere on cable that ignites a national uproar that seizes the news cycle for days. On Wednesday, Tucker Carlson praised the journalism of Infowars fantasist Alex Jones on his Fox News Channel show, and that sparked coverage in the Washington Post, the Daily Beast, HuffPost and elsewhere. Earlier in the week, the someone saying something stupid was Fox Nation journalist Lara Logan, and her venue was Fox News Primetime, where she directly compared Anthony Fauci to Josef Mengele, the Nazi war criminal who conducted ghastly medical experiments on the prisoners at Auschwitz. Drenching coverage poured out of every media orifice and continues as Logan spiked the outrage with a pinned tweet further accusing Fauci of medical wrongdoing. (An Associated Press fact-check, as if we needed one, absolves him.)

“And while he doesn’t occupy the same realm of stupid as Carlson or Logan, misbehaving CNN host Chris Cuomo continues to thrive in the media limelight thanks to his suspension. Cuomo isn’t as stupid as he is vacant. I defy you to cite anything memorable he’s ever said beyond his ‘Let’s get after it’ catchphrase, yet the press has papered his scandal with endless op-eds and news accounts.

“Why all this attention when cable news barely matters to most Americans?”

Shafer should ask that last question of himself and his fellow senior media writers at “the Washington Post, the Daily Beast, HuffPost and elsewhere.”

He can write what he wants but if he is going to denounce Lara Logan for calling Tony Fauci Mengele, then he must call out every daggone celebrity and politician who for 6 years now have called President Donald John Trump Hitler.

Otherwise, he is just being a jerk.

Hitler started a World War and killed two-thirds of Europe’s Jewish population. Alec Baldwin who impersonated Trump on SNL has killed more people than Trump has.

Mengele worked for Hitler. I am not saying Tony Fauci is Josef Mengele. All I am saying is the same God-given right to call Trump Hitler covers calling Fauci Mengele.

I also am saying that if you brought up Nazis when Trump was president you have no standing to decry others abusing the Holocaust to make their case against the current regime, which includes Fauci. He’s a political appointee who serves at the will and pleasure of the president.

But they won’t because the Internet, cable news, last-night hosts, and the ladies chit-chat shows like The View and The Real all thrive on providing heat and not light.