We didn’t go to hell, you did, David French

We didn’t go to hell, you did, David French 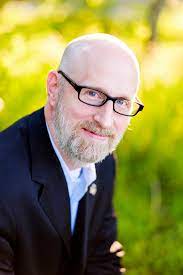 David French, who for a week in 2016 was a third-party presidential candidate, wrote, “Tim Miller Asks the Question Every Conservative Must Answer.”

The subtitle to his column was, “Who are you, really?”The real question is who is Tim Miller? (Checks Wikipedia.) Oh, he was Jeb! Bush’s communications director in 2016. I wonder if he was the one who put the exclamation point in the Jeb! logo.

Once Donald John Trump beat Bush, Miller became part of that Republican Strategist crowd that denounced Trump to make a living. It shows their insincerity is matched only by their disloyalty.

French is in that crowd of sore losers who won’t admit that President Trump in 4 years accomplished what they have claimed to have wanted all their adulthood.

Trump cut regulations, something Reagan could not accomplish.

Trump moved the embassy to Jerusalem, something Reagan couldn’t accomplish.

I am not saying Trump is better than Reagan. Far from it. Trump stood on the shoulders of that great man who had larger problems: an economy to save from stagflation and a world to save from the Soviet Union.

But Trump built on that.

And we got Roe reversed thanks to the Trump triplets on the Supreme Court. The Heritage Foundation recommended them, Trump nominated them and a Republican Senate confirmed them — all against the headwinds of Democrat lies and corporate propaganda.

David Accordionist At A Deer Hunt is unimpressed.

He thinks we have gone to hell. The title of Miller’s book, which French reviewed in his column, is Why We Did It: A Travelogue From the Republican Road to Hell.

He wrote, “Yet the overwhelming majority of both wings of the movement fell in line behind Trump, defended the indefensible, and defend it still. Why?

“The genius of Tim’s book (and I highly recommend reading it) is that it cuts through the rationalizations—and the rationalizations are endless—and gets ultimately to a heart-level question: Who are you, really? Or, put another way, What is your core identity?

“I don’t think those who live outside the American right understand the extent to which the upheaval of the Trump years impacted multiple, intersecting aspects of personal identity and exposed the true hierarchy of personal values.”

Ah, intersectionality and hierarchy. When you use the language of the liberals, I begin to believe you are not really conservative. And when you write it in The Atlantic, as French did, I know you are not.

Instead of telling Trump supporters they went to hell, French and Miller should look in the mirror. Who espoused beliefs only to abandon them because Trump wrote mean tweets?

Of course, it wasn’t the mean tweets that upset French. Trump’s ability to accomplish the goals that French said he supported scared the feces out of French.

You see, DC is a place where the mice talk about belling the cat. Trump is the man who belled the cat. All of Washington is mad at him for doing that.

French sees himself as a virtuous man because he stood athwart history trying to stop the man who completed Reagan’s agenda.

French wrote, “During the Trump years, the collision between status and virtue was constant and relentless. Trump never gave anyone a breather. He was never chagrined or mollified by scandal. He never apologized. He never turned over a new leaf. He just charged from one lie to another, and his demands for absolute loyalty left his defenders and followers with little ability to separate themselves from his worst moments while still remaining in the Republican tent.”

There were no scandals. Russiagate was a lie to cover up Obama using the FBI to spy on a political opponent.

French is OK with that. He is just another of those dime-a-dozen fake conservatives whose place in the media is to denounce conservatives.

In life, there are talkers and there are doers. As a member of the former, I admire the latter. French resents them.

The irony is Trump is his meal ticket now. French needs Trump to remain relevant so French can peddle his junk opinions about how awful Trump and his supporters are.

That is the hell French chose.