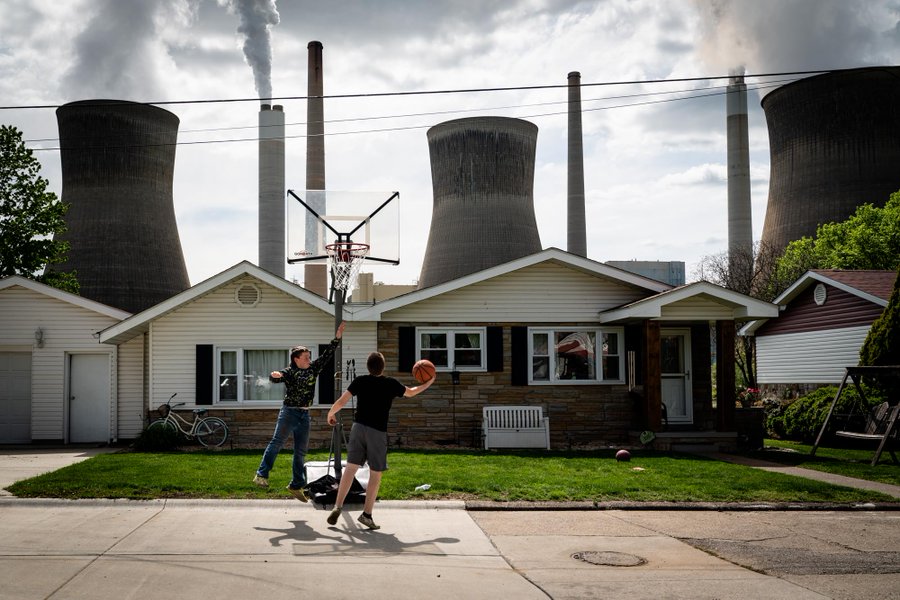 This morning, the Supreme Court handed down its most important decision since Heller. Chief Justice John Roberts writing for his 6-3 majority told the EPA that its powers are not infinite in ruling in favor of West Virginia in its landmark lawsuit against the bureaucracy and the Democrat Party.Chief justices save the big cases for themselves.

And they also save the big cases for last.CNN reported, “The Supreme Court curbed the Environmental Protection Agency’s ability to broadly regulate carbon emissions from existing power plants, a major defeat for the Biden administration’s attempts to slash emissions at a moment when scientists are sounding alarms about the accelerating pace of global warming.”

Carbon dioxide is a nutrient not a pollutant. Without CO2, life on this planet would end.

Also, there is no scientific evidence that the world is warming. The media takes weather events and turns them into hysteria about a non-existent climate change. Floods! Droughts! Hurricanes! Forest fires! Blizzards! Tornados!

The damage from a bunch of civil servants deciding the fate of a trillion-dollar energy industry is enormous.

But the lawsuit brought by West Virginia Attorney General Patrick Morrisey was based on something far more important than this weather phrenology.

The ruling made it clear that Morrisey is right. He freed the nation from a nearly omnipotent bureaucracy.

Steve Vladeck, CNN Supreme Court analyst and professor at the University of Texas School of Law, told the ruling “could be cataclysmic for modern administrative law.”

I sure hope so because the unelected people inside the DC bubble have no clue of how America operates. They listen to lobbyists who seek favor. The carbon dioxide nonsense led to restrictions on coal, oil and natural gas and billions in subsidies for windmills and the like. Tesla may be the nation’s largest company but it got there through welfare payments courtesy of Lord Obama.

The EPA’s attempt to treat a nutrient as a pollutant was another power grab by Obama (and now his surrogate Biden) in the EPA effort to shut down industry in America by any means possible.

In his concurrent opinion, Gorsuch wrote, “When Congress seems slow to solve problems, it may be only natural that those in the Executive Branch might seek to take matters into their own hands. But the Constitution does not authorize agencies to use pen-and-phone regulations as substitutes for laws passed by the people’s representatives. In our Republic, ‘It is the peculiar province of the legislature to prescribe general rules for the government of society.’ [He cited an 1810 ruling.] Because today’s decision helps safeguard that foundational constitutional promise, I am pleased to concur.”

Take that, Mister Pen and Phone.

In limiting presidential powers, the court did John Marshall proud.

Kagan writing for the liberals said in dissent, “The Court appoints itself – instead of Congress or the expert agency – the decision-maker on climate policy. I cannot think of many things more frightening.”

Apply that to abortion.

As readers know, I live in Poca, West Virginia, which sits across the river from the John Amos coal-fired power plant (named for a local politician and not the actor). Do you think for a moment that I would risk my family’s health to live here?

The three large cooling towers release steam. Two sets of chimneys release the pollutants. One set no longer is used. It was replaced by the second set, which cost a billion bucks.

The hills are alive with the sound of songbirds. All is well with our green and thickening trees.

Electricity does not come from the socket in the wall. Electricity comes from large power plants that cannot be replaced by windmills and unicorn farts.

And freedom does not come without determination. When Morrisey filed this case 6 years ago, he had no chance of winning with a Supreme Court that was divided between 4 liberals and 4 conservatives. Kennedy’s conservatism was weaker than Roberts.

And Hillary looked to be the next president who would appoint some crazy person to the court and then replace RGB with some younger crazy person.

And he appointed Gorsuch, Kavanaugh and Barrett. And a Republican Senate confirmed them.

And today Morrisey’s faith in America and the Constitution resulted in a win bigger than reversing Roe because reversing Roe did not end abortion. The reversal sent the issue back to the states to decide.

This decision tells the EPA no and puts the entire federal bureaucracy on notice that we’re not going to take its bullying anymore.

I went for a ride with the top down again. Man are those birds loud.